Laura works as a Geologist by day, but her true passion is her animals.  She spends most of her spare time riding & training her horse for Eventing competitions or working with her Labrador visiting local venues as a Therapy Dog Team.  Laura has had dogs as part of her family since she was born and has developed a knack for training them.  Coming from a military-background family, she thought it would be a great combination of skills and passions to train rescue dogs for Veterans in need.  Thus, The Rescue for PTSD was born! 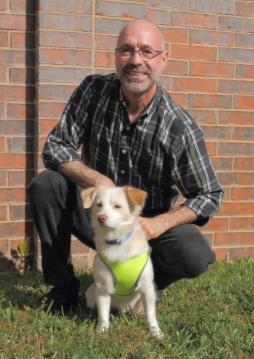 Aaron grew up in rural Louisiana where his Cajun roots exposed him to all sorts of wildlife, which began his compassion for rescuing and rehabilitating many of the different species. Aaron was recently rescued by a new family member, a Hurricane Harvey survivor he calls Traxx. The duo escape to the hill country of Canyon Lake most weekends where hiking and discovering new trails renew both souls. Aaron also volunteers and host an annual food drive for The Houston Rescue Food Bank. Professionally Aaron does mechanical design work with a specialty in Healthcare. Aaron is also a lifelong member of Toastmasters International, a communication and leadership organization, where he has completed his Distinguished Toastmaster(DTM) qualifications.

Ken Frantz served as a Marine Corps engineer during 1967-1999, as Private through Colonel with four overseas tours totaling 7 years. Upon retirement, he and his wife Diana moved to their Florida cattle ranch until relocating to Ashville, NY in 2005 before settling in Conroe, TX in 2011. In 2005, Ken was elected as President and Secretary of the Marine Corps Engineer Association (non-profit veteran’s organization) and in 2007, he assumed duties as Executive Director until 2015 when Ken stepped down from his duties to become full-time caregiver for Diana until she passed away 31 March 2019. In August of 2019, Ken returned to his volunteer duties with the Marine Corps Engineer Association as a Permanent Associate Director and moved to Spring, TX. In November 2019, Ken was elected to the Board of Directors and as Executive Director for Future Operations Base; a Houston non-profit assisting active duty military, veterans, first responders and eligible family members. In February 2020, Ken became a foster dad to Honor, in support of The Rescue for PTSD and is now their Vice President!

Aric is a Principal at a consulting engineering firm in Houston, and when he’s not working you can usually find him outdoors.  He enjoys hiking and fly fishing with his wife Laura, pheasant hunting with his Labrador Retriever, golfing, mountain biking, skiing and supporting Laura at equestrian competitions.  Aric’s passions usually involve getting outside and enjoying life with the family.  Wherever Aric & Laura go their Lab Bolo is almost always at their side as they wouldn’t have it any other way! 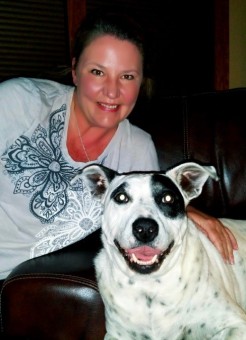 Mitzi is proud to serve as Secretary for The Rescue for PTSD, and on the Canine Candidate Committee.  Having owned many rescue dogs over the years, she knows  how much joy and companionship they can offer. By saving a dog’s life, she believes we can save a Veteran’s life suffering from PTSD.  She has been a registered and certified Nuclear Medicine Technologist for 25 years.  She enjoys spending time with her dogs and family in her spare time.

Samantha started training police dogs at a German Shepherd training facility in 2011. She then expanded her work to include training military and family dogs. She went to dog training school in 2015 where she learned many more aspects of dog training and is working toward her Master Trainer certification. After training school she started Working Paws Canine Training while in Colorado. Now here in Texas with her two German shepherds and husband, she continues to run her K9 training business. Sam is also working to become a therapy dog team with her German Shepherd, Astrid.

Sarah has been in a variety of Communication roles across a range of different industries including technology, construction, energy, and human resources. After moving to Houston in 2015, Sarah adopted a rescue kitten (who she named Pacha). In 2018, Sarah and her fiancé Thomas added a Nova Scotia Duck Tolling Retriever puppy named Orbit to their growing family. After working with Sam and Working Paws K9 Training to train little Orbit, Sarah joined the Working Paws team as their Social Media Manager and is excited to now also be a part of the Rescue for PTSD’s team!

Dr. Goodyear practices small animal medicine and surgery with a strong interest in reptile and small mammal exotics. She received her Bachelors of Animal Science in 1995 and her Doctor of Veterinary Medicine in 1999. She’s been practicing at Veterinary Medical Center of The Woodlands and living in the Houston area with her husband, dogs, horses, ferrets, and hedgehogs since 2002. Also an avid equestrian, she regularly competes her two horses, in the sport of Three-Day Eventing. Other hobbies include contra dancing and scrapbooking. 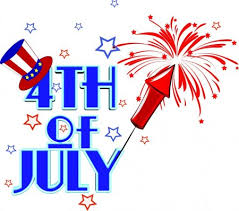