Bolo is Laura & Aric Murray’s personal Black Labrador and is the inspiration for The Rescue for PTSD!  Bolo was originally trained as a companion and hunting partner.  He learned a lot of his good behaviors as a puppy from watching his big brother Jackson, the Murray’s Chocolate Lab.  The concept of a new dog, Tuve – the very first service-dog-in-training for Team R4PTSD, learning from another well-trained dog, Bolo, is how The Rescue was formed.

Bolo loves to retrieve, and spent his younger years retrieving pheasant at group hunts as well as participating in Hunt Tests – an event at which the natural ability and training of gun dogs are evaluated against a written standard.  He has spent a lot of time at horse shows, hiking in West Texas and Colorado, and going with Aric & Laura wherever they went.

It seemed selfish to not share the love and affection of such a great dog, so Laura became certified with Bolo as a Pet Therapy Team.  They now visit Senior Living Centers  to brighten the days of others.  The smiles and joy Bolo brings to the residents is additional inspiration for starting the Rescue.  We hope that all of the dogs we adopt will become Therapy Dogs as part of their training & socialization, spreading happiness wherever they go! 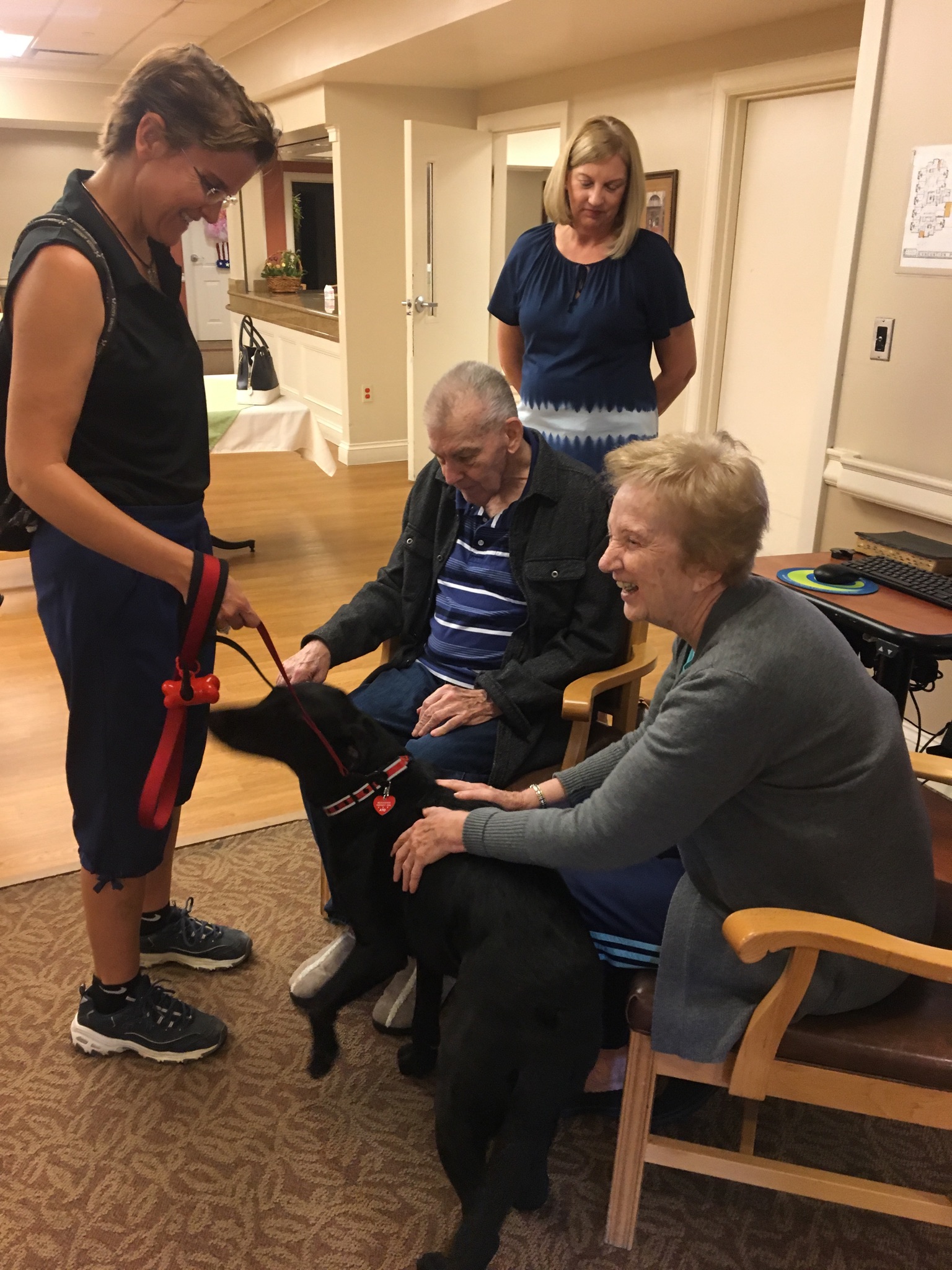 Bolo is excited to help his new “siblings” learn the ropes of being a great companion and Therapy Dog.